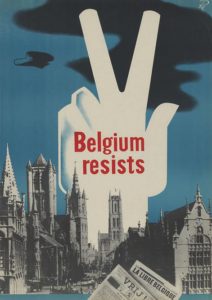 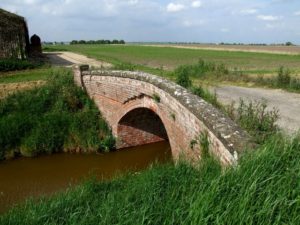 Fritz writes to Sophie from Antwerp after the Blitzkrieg, May 1940.

“With You There Is Light” contains translated excerpts from Fritz Hartnagel’s letters to Sophie Scholl. In this important historical document, Fritz informs Sophie about Belgium resistance.

Antwerp, May 18, 1940. My dear Sophie, […] Yesterday I had enormous luck, if one can speak of luck and not of Providence. I was with Lieutenant Pfeiffer on a mission to scout out a landing strip in Tournhout. Close to 50 meters before a bridge we got a flat tire. We cursed and complained about it.

Then, as a farmer and his equipment drove over the bridge, it suddenly exploded with an incredible blast into the air.

The worst thing about all of this was that a few minutes later the wife of the farmer came out, looking desperately for her husband.

To read more, purchase With You There Is Light (e-book) here . For the print edition, write us.

Historical context of this letter: Ten days later, the Belgium Army capitulated.  In May 1940, the concentration camp at Auschwitz was built along with the Warsaw ghetto. Churchill made the now famous “Blood, Sweat and Tears” speech to Parliament. A day later it decided to unleash the Royal Air Force against Germany.  The Dutch Army also capitulated in the German Army’s Blitzkrieg. Three thousand and five hundred Polish aristocrats and political “elite” were murdered by the SS and an estimated 20,000 people sent to concentration camps.