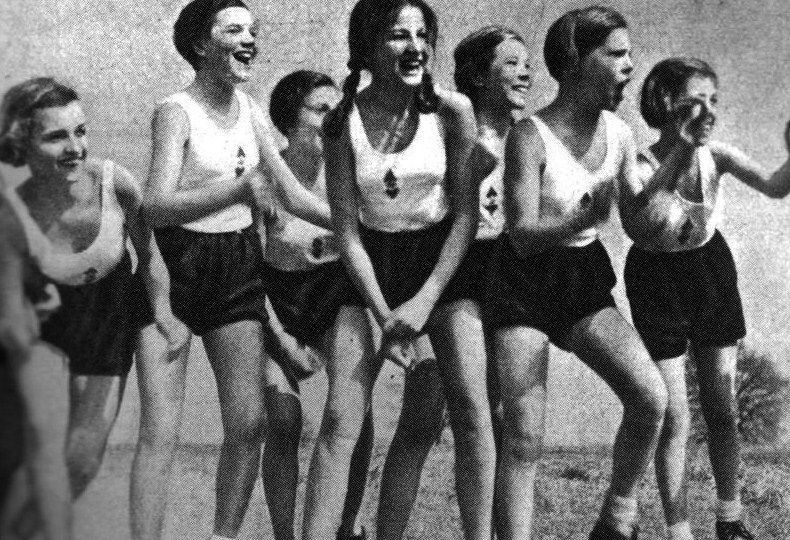 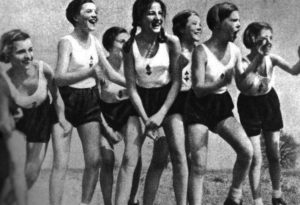 Sophie and Hans Scholl were both group leaders in the League of German Girls and Hitler Youth. Several eyewitnesses reported that both siblings were initially very enthusiastic about National Socialism – an important fact for understanding that indoctrination can be overcome. 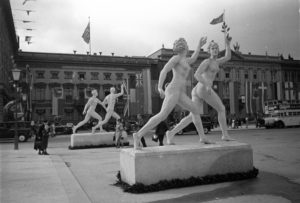 Historical Context: August/September 1936. Most people are aware that National Socialism was in full swing, capturing the hearts and minds of the German youth with the XI Olympic Games in Berlin and the Nuremberg Rallies.   The Nazis continue their campaign against the Catholic Church, arresting over 300 protesters.

An oak tree bristled in the summer breeze. Sophie studied the stolen razor blade from her brother’s shaving kit. Ten-year-old girls played in the sunlit meadow. They respected their older leader. Sophie clapped her hands to get their attention. Unlike the younger girls who kept their long blond hair wrapped tightly in braids, Sophie Scholl, at 15, wore her dark brown hair cut short in a bob. She had seen this style in magazines and asked her older sister to cut it. Modern women wore their hair like this. She liked the way one piece dangled over her eyes. With an athletic build, she didn’t mind if she sometimes even appeared like a boy.

“Kommt hier her, come here,” Sophie shouted. They ran to her immediately because obedience was a sacred German virtue.

“Blutgemeinschaft! We are a community joined together by blood!”

She flashed the silver blade. A ray of sun picked it up and reflected back into the bright sky. The little girls looked around nervously as they stood to attention in brown skirts, white shirts, and black ties.

One by one Sophie took their thumbs, cutting skin. She continued to lecture.

“We must keep our bloodlines pure. Everything that the Führer wants for us begins with the protection of our superior race.”

Petra started crying, setting off a reaction. Disappointed by their weakness, Sophie ordered them to sit down, cross-legged in a circle. She began to sing a popular folk song from the League of German Girls’ handbook, raising her hands up in the air, signaling them to join her. 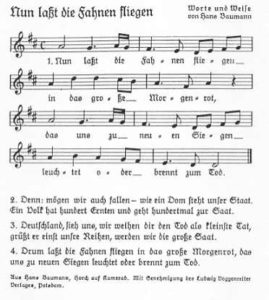 It worked. A melody rose up into the sky. The girls’ voices sounded like angels heralding in a supernatural power. Its simple tune and lyrics calmed them. They looked up at their leader in awe. This encouraged Sophie. Her intelligent eyes grew wide with enthusiasm. She was going to instill in these girls the German traits that were listed in the Nazi training booklet. Someday they would be grateful to her for it. Toughness. Responsibility. Comradeship. Physical fitness. What doesn’t kill you makes you stronger.