Young people in the Islamic Republic of Iran are taking great risks to publicly protest against their President Rouhani and cleric leader, Ayatollah Khameni. With the help of social media, Iranians are gathering in the streets to protest theocratic corruption – rampant hunger and an estimated 40% unemployment plagues their country. The state controls all media outlets. The semi official Iranian Labor News Agency reported that authorities were blocking mobile and landline internet access in areas near the protests. Seventy-five years ago in Germany, same age students resisted their government with leaflets.

“Our Life Only For Iran!” Protest Posters in January 2017

“Give Germany Back to the Germans!”

Anne Applebaum, Washington Post columnist and Pulitzer-prize winning historian, was recently quoted in the WSJ Magazine’s Soapbox. On the subject of expectations, Applebaum said, “History can alter how we think about the future. Although history does not provide a road map of what to expect, it does tell you what kinds of situations should cause concern. The study of history can tell us how people once reacted to events, and can therefore help us to know what to expect.”

These Iranian 21st century protesters can expect to be flogged or imprisoned for disparaging their leaders in public – e.g. using their freedom of speech. Sophie Scholl and the other eighteen acting members of the White Rose knew that if they were captured writing, producing or distributing their anti-Hitler leaflets, they would be executed.  They knew that citizens protesting against the Nazi state and breaking their laws would receive this punishment in the same way the students of today know their punishment too. 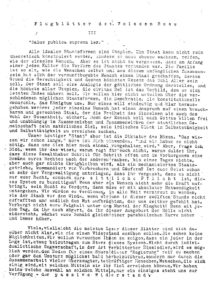 But what of Sophie Scholl’s expectation that their leaflet protest would actually work as a call to action for her countrypeople? That they would actually rise up, en masse, and return “Germany to the Germans.” It did not happen. It took years after the war for Hans and Sophie’s bravery and foresight to be recognized in their own country. Today they are elevated to “martyr” status.

And if these Iranian students knew that their protests would also be futile? Would they still engage in it?

One thing we know for certain is that both these Iranian and German students used different media with basically the same message. With an app owned by Facebook, Inc., Instagram, and Telegram (privately owned by Pavel Durov), the Iranian students are organizing in large numbers.  Despite the government’s attempt to shut down the Internet (and/or the usual channels resistors are using to galvanize), the protests continue. The Telegram app uses end to end encryption making it possible for resistors to plan and organize without fear of being caught.

The Washington Post (1/3/18) reported that “tens of thousands have been protesting, with 90% of them under age 25.” If any are arrested, they could be charged with “Moharebeh,” which is “waging war against God,” a crime in Iran punishable by death. With modern technologies, civil disobedience can galvanize tens of thousands of people relatively easily – with an “app.” Seventy-five years ago, it took three students – Hans and Sophie Scholl (siblings) and Alex Schmorrell – months to recruit fifteen others. They had to steal paper and work with one typewriter and an outdated copying machine, painstakingly and slowly, generating thousands of leaflets. 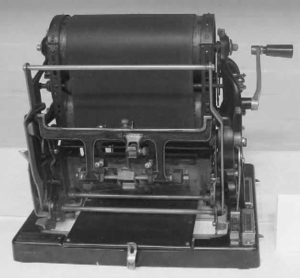 Today the White Rose German resistance movement in Munich is judged as victorious. The students in Iran will be judged the same way. Freedom of speech is a basic inalienable human right and as Applebaum is quoted above, history shows us when to pay attention.