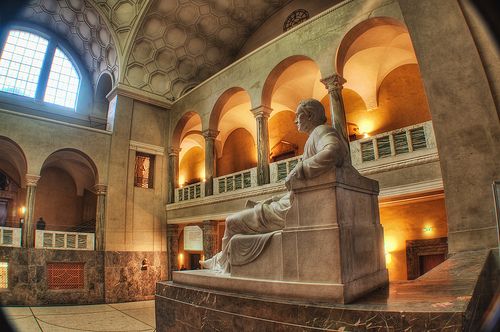 Context: Fritz Hartnagel survives Stalingrad. It is World War II’s most horrific battle. He is recuperating from near starvation and amputations from severe frostbite at a field hospital in occupied Poland. Sophie is studying Nazi approved philosophy with her brother and his friends at the University of Munich. They have kept their resistance activities, started earlier in June 1942, a secret from their loved ones.

[A note to this introduction. It has been written to satisfy the standards of Yoast SEO in order to make this online writing “findable” on the web and does not necessarily reflect the writer’s style or substance. The below translation is word by word.]

My dear Fritz, just a brief line before I run off to my lectures.

I already wrote that I spent ten days helping out at home. Being there always does me good. […] My father is so pleased when I turn up and so sad when I leave, and mother shows her concern for me in a thousand little ways. There’s something wonderful to me about such altruistic love. I regard it as one of my life’s greatest blessings. 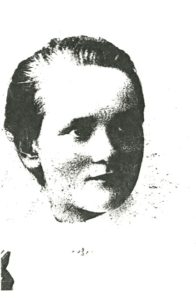 Magdalena Scholl. Sophie’s mother (with four other children); Diakonie (part of the Protestant Church) field nurse during World War I

The 150 kilometers on the train between Ulm and Munich produce a rapid change in me. They turn me from an innocent, exuberant child into an independent, self-contained person. […]

However, I only feel really secure when I recognize the presence of selfless love, and that’s comparatively rare.

How are you? It’s been two weeks since your last letter from Stalingrad, and I feel a bit unsure when I write to you, not knowing how things stand with you and what emotions I’m allowed to show. Rest assured, though, they’re never anything but love and gratitude. 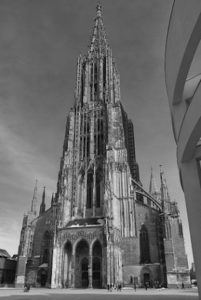 Munster Church, Ulm. The Scholl Family home abutted the town square where it is located.

More Context: Fritz Hartnagel survives Stalingrad. This letter was written from Munich, where Sophie is attending university. She had just returned from Ulm and visiting her parents. Neither Fritz nor her mother and father were aware of her resistance activities. It is the last known letter that she wrote to Fritz. Sophie had been writing to him regularly and knew that he had survived Stalingrad but had been gravely injured. She was not aware if he was receiving her letters.

Reproduced with permission from S. Fischer Verlag. Translated by author.