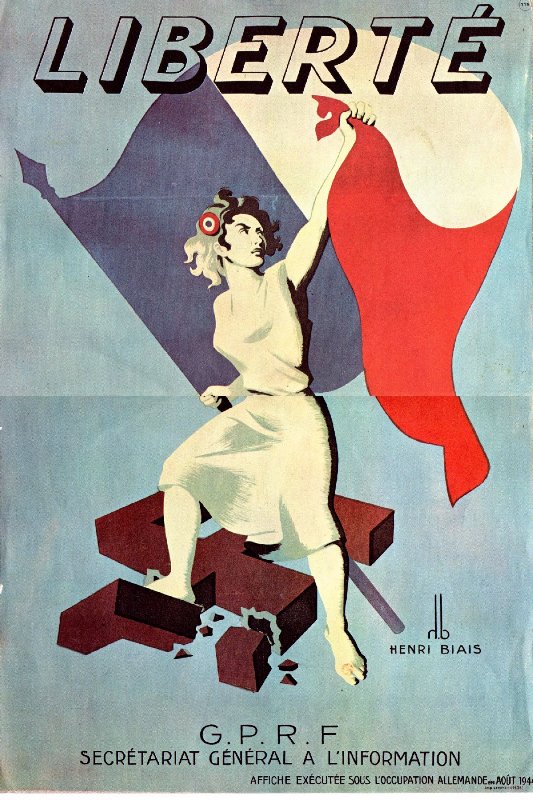 For the liberal elite, Progressives, and #NeverTrumpers, resistance means opposition to the country’s sitting President.

Referring to this ray of light in World War II history along with shouting “Nazi” and instilling fear in those who do not think or believe as strongly in another group’s identity politics obstructs the unification of this country.* Journalists and writers like myself can help correct this mis appropriated usage. We must also work to form a new vocabulary – that both sides of the aisle can use – to define the unprecedented Trump Administration.

Domestic terrorism, chaotic, and “un-Presidential” may all fit – whereas resistance, Nazi and Fascist do not. Germany’s student resistance group in Munich, the White Rose, and Sophie Scholl’s letters and writings may serve as lessons for today but leave its nomenclature to history. The relevance of German Resistance during World War II lies in providing analogies or references that are helpful to a functioning republic – not ones that are harmful.

Is “Country First” and “Common Good” terms that both parties and all Americans can agree on? Isn’t that what the resistance during World War II fought for? The return of Germany to the Germans? France to the French?

Why President Trump Is Not A Nazi

(And Thereby Engaging in So-Called Resistance Is Ridiculous)

“Trump threatens the welfare of women, immigrants, LGBTQ, and through climate change denial, the health of the planet itself” writes Tim Dickinson in The Rolling Stone (1/13/17) in “Meet the Leaders of the Trump Resistance.” Dickinson goes on to write that “immigrant rights activists are calling on citizens to harbor and protect those without legal status, evoking the French resistance.”

It is exactly this kind of language that burdens Trump’s opposition. In an otherwise thoughtful argument, Dickinson forgets that “French resistance” harkens back to one of the darkest histories known to humankind. It is doubtful if not impossible that those harboring an illegal immigrant will be forced into a concentration camp or beaten into submission by the Department of Homeland Security. The French resistance movement sprung out of its country’s foreign occupation by the Nazi dictatorship.

France, a once free country, suffered the immediate destruction of personal freedoms when Hitler stormed into Paris in 1940. Its citizens were forced to collaborate in the annihilation of political opposition and an entire race under penalty of death and/or imprisonment.

President Trump may have gotten elected on nationalism – which did not use to be a dirty word – and the United States is not in the same position as France or Germany was from 1933 to 1945. The President of the United States is neither the legislature nor the courts. The Trump Administration does not control the media. Checks and balances will prevail, as will our constitutional republic.

How Re-Introducing Civil Discourse Will Save The Country

Today’s increasingly violent political protest that employs strategies of intimidation and fear, on both sides, will undoubtedly have serious consequences and negative effects (see “The Rise of the Violent Left in September’s Atlantic Monthly and Mark Lilla’s “The Liberal Crack-Up” in August 12-13 Wall Street Journal).

The most positive outcome of the 2016 Presidential Election will be the rise of more qualified candidates and political leaders who understand that identity politics (a.k.a ‘movements’), inverted taglines and falsely appropriated historical slurs divide their own parties and make them more fanatical and divisive. Only conversation and negotiation will right our nation. See the madness explained to the younger generation in a trending YouTube video, “Punch a Nazi.”)

Hans and Sophie Scholl and the other members of the White Rose resistance discussed among themselves that they had to appeal to a common base to overthrow Nazism. They therefore started with the most obvious rhetoric – return Germany to the Germans.

Return America to the Americans. I am not a white supremacist. I am not a Nazi nor a nationalist. I did not go to the women’s march on Washington because I see enough gender division in my own little life, both in personal relationships and the workplace.

I am a first generation American wishing to be safe, especially with the words I write here.

French Resistance protested foreign occupation and their country’s President who sided with it.

Excerpt from Chapter 8, “We Will Be Not Be Silent,” in With You There Is Light:

Sophie thought again about freedom and God. She thought about all of their late-night discussions and debates, all the books she read to find the answers. The fifth leaflet summed it up best: Where there is no individual responsibility, there is no freedom. Freedom only exists when one can articulate and express it. The State can guarantee freedom, but freedom is always a question of the individual citizen. These leaflets were a culmination of everything she had learned. And now, everything that she was actually doing. The recipients of the leaflets would know what to do. They would break out of their denial. They would help return Germany to the Germans.

To purchase this book about Germans living under Hitler, please click here.