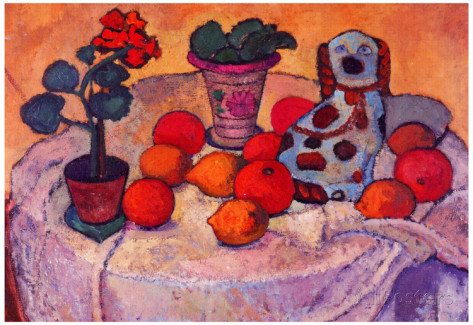 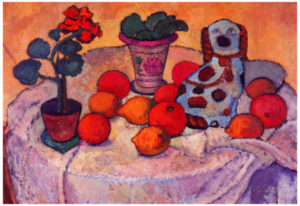 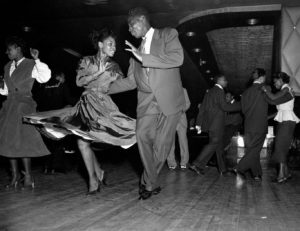 German youth were definitely not allowed to dance to the new music from America. Sophie did anyway.

Historical Context: Summer, 1937. There was no stopping “American Swing” from making its way across the ocean. “Negermusik” was the Nazis’ pejorative term for Jazz and Swing. In July at the newly built “House of German Art,” the Nazi Minister of Culture infamously put on his first exhibit of “degenerate” paintings. Many of these now renowned artists were prohibited against working and showing in Germany and began emigrating. Women like Sophie Scholl resisted the new laws by not obeying them. She defiantly enjoyed art labeled “Entartete Kunst” (Morally Degenerate).

With long hands, Fritz Hartnagel poured his beer into the tall glass, tilting it to the side to avoid too much foam. He wondered at the host’s choice of music. Its rhythmic cadence of drums, brazen trumpet and singer’s raspy voice was so different than the music they knew. The Minister of Propaganda—the little man with the tin voice and limp—just banned American Jazz. They could get in a lot of trouble for such a subversive act. Suspension from school, work or even jail. But there was no stopping it now, the partygoers twisted and turned, enjoying the new improvised way of dancing. Still, Fritz wasn’t leaving. Judging by the already elevated mood, it was going to be a memorable party.

He took another sip of beer and leaned his lanky frame up against the living room wall. He was a handsome young man. He exuded integrity. Dark features of brown hair and eyes were also congruent with Southern German traits and his physical attributes—height, sinewy thinness, natural upright posture—fit well with his person. Fritz Hartnagel did not struggle with knowing the difference between right and wrong, and it showed on the even expression on his fine face. He hummed the song’s catchy tune, admiring its lyrics: “Dancin’ into heaven with you, it’s like dancin’ into heaven with you.”

Fritz turned his attention to the center of the room. He recognized one of these pretty girls. She smiled, swiveling her hands to the left and right. What a modern way of dancing, he thought, and not sure he liked it, he waited until she moved off of the makeshift dance floor.