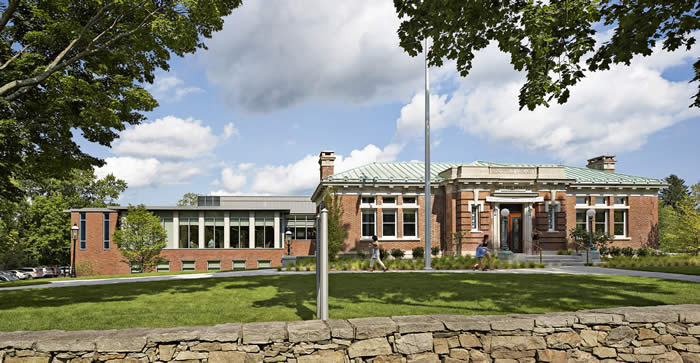 Note: The below personal essay describing a reading experience in September, 2017 provided this writer with the opportunity to further define “With You There Is Light” and its publicity platform. Although “resistance” is a popular word at present, future author readings will not address today’s appropriation and the attempt to often equate it with its past usage.

September 12, Ridgefield. “You of all people…,” the woman in the front row of the auditorium was the first to speak. I was the evening’s local author at my hometown library with forty people staring back at the lectern with interested but worried faces.

The reception of “With You There Is Light: Based on the True Story about Sophie Scholl and Fritz Hartnagel” had gone well and the Q&A on German resistance during World War II was only just beginning. As a first generation German-American working in this subject for close to two decades, I’ve encountered a lot worse. Still, one never quite gets used to it.

“2017 America cannot be equated with 1933 Germany,” I answered  with a practiced tone. “We as a people, owe it to ourselves, especially those who want a change in leadership, to create a new vocabulary for our unprecedented President. New and more positive language will cause the emergence of more qualified leadership.” It amazed me, often nervous at a podium and lectern, how I delivered this statement with clarity and purpose.

Would I ever forget the day my graduate adviser told me that for my writing about contemporary German history to be grounded in authority, I would have to know it backwards and forwards? I had taken that as a challenge. Within a year, I was studying the years 1933-1945 in the country and in the language World War II started in. Already fluent, and after three years of primary research, I went back to the States to write. The story I wrote about Sophie Scholl and Fritz Hartnagel had always been meant for an American audience, perhaps this very one.

The woman in the front row persisted. She sat forward now in her seat, and with her husband by her side showing support, she postured and continued. The whole room was growing increasingly uncomfortable.

“Don’t you know that today is becoming how Nazi Germany was, and people like you are sleeping?” I raised my eyebrows.  “First, it’s the Muslims, then it will be camps and control of the media.” For her, the unstable, 18-year-old German republic defeated in World War I could easily be compared to an over 200 year democracy of the United States with its federal and state powers, checks and balances and the new Fifth Estate in the Age of Information. 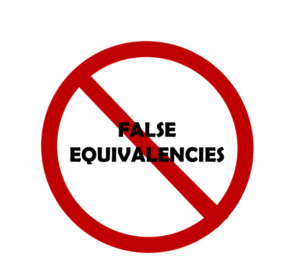 Historical and political arguments are stronger without false equivalencies.

Finally, someone in the back of the room spoke up.

“There is no way today is like Germany was, not even close. Never with social media,” the voice in the back called out, loud enough so we could hear it up front.

Quite suddenly, as if immediately wasn’t soon enough, I shut the discussion down.  It was going to get crazy fast. But why would I ask the woman supporting my position to be silent?

WHAT IS MORAL RELATIVISM AND/OR FALSE EQUIVALENCY?

The problem with starting a sentence with “you of all people…” or calling someone the “N” word is an attempt at creating moral high ground in which the person doing the name calling has the only legitimate position. Equating the perpetrators of the worst systematic crime against humanity of all time with the Trump Administration is a problem of moral relativism or false equivalency. To understand this sentence may require a dictionary. Shouldn’t we at least try?

The victims of the Second World War, of whom Sophie Scholl and the students of the White Rose are among them, are worth that. Are we not capable of reasoning more deeply? The most concerning, however, is the type of name calling that stops conversation. When the “N-word” is suggested or used carelessly, people shut down. Discourse becomes impossible.

AN OPPORTUNITY TO CREATE NEW LANGUAGE AND HENCE NEW LEADERSHIP

“Let’s develop a new vocabulary that fits the U.S. political landscape today – not Europe in the twentieth century. Protest will be more effective and less divisive if we can find calls-to-action stemming from positive words. From  debate and discussion, new and more qualified leadership will emerge. I think we can all agree that we don’t deserve the candidates we got in the 2016 Election. We can also agree that our identity politics are also splitting our respective parties.”

“No, you create the vocabulary,” she lashed back. “If you don’t want us to use words like Nazi or Hitler. You tell us what words we should use.”

“No, you define it, if you are so worried,” I answered quite plainly, keeping my tone even. “I am more than confident that I will be able to use my vote in three plus years and this is the voice I depend on. And now, if you don’t mind, we have a full room of people who wish to speak.” I lifted my eyes back to the crowd. Had I won the debate by not resorting to insinuations or using words that shut down conversations? I had no idea. No one else uttered a word.

The questions turned back to history and not politics. The woman in the front row left without buying a book. I sold out of them. Interestingly, with every copy that I was asked to sign, people commented that they too, did not believe we were living in 1933 Germany. But they too had been too afraid to speak up. 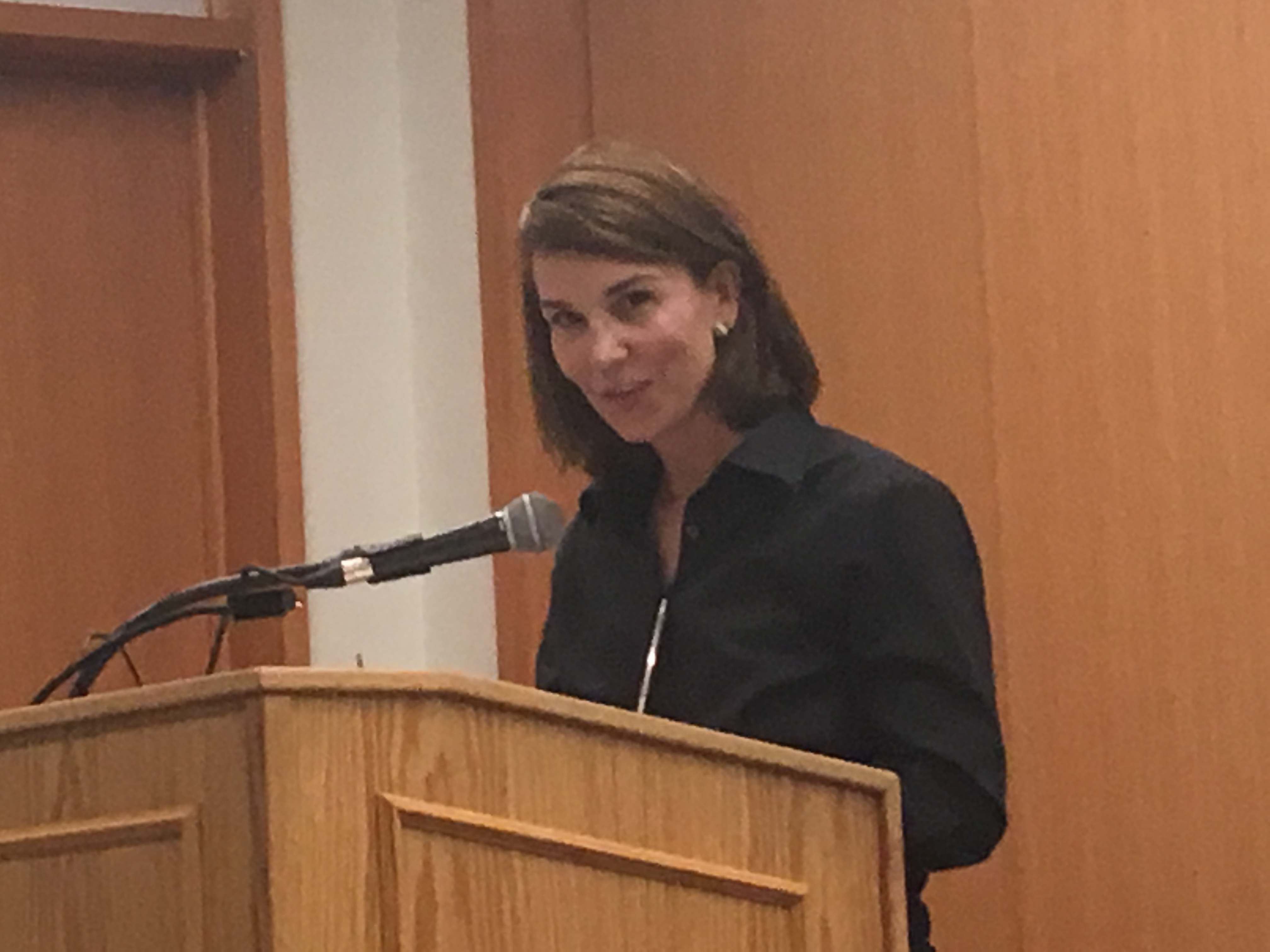 Note: The following personal essay is a departure from the regular format found here. This blog is primarily about historical context and excerpts from “With You There Is Light: The True Story about Sophie Scholl and Fritz Hartnagel.”