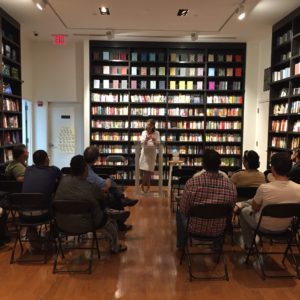 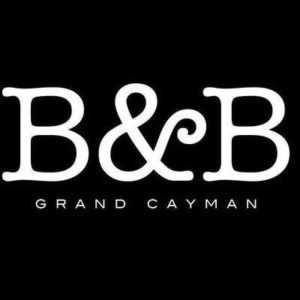 Located in Camana Bay, this is a great independent bookstore with an adjoining cafe.

“Is today’s information overload the opposite problem of censorship?”

The interested diverse crowd at my reading in November wanted to talk about Nazi Germany’s censorship and elimination of personal freedoms. We were discussing the Party’s control of all media. The newly easily accessible radio was used as a propaganda tool. It was a punishable offense to listen to any station not “sanctioned” by the Reich. A young man turned us to the present. Earlier in my reading tour, I had decided that I was an observer of history, and not a commentator.  Wary of opening up a conversation to the appropriation of  today’s political landscape to World War II resistance, I hesitated. But the question was too astute.

What if Sophie were living today? How would she have used her critical thinking skills to sort through “fake news” and/or bias?

In 1933-1943, Scholl knew for certain she could not trust the state’s news organizations. Sophie and her father listened to their secret radio which transmitted news from Switzerland.

I did not have an answer – perhaps because I struggle with what news to trust, too. In Monday’s 12/4/17 Wall Street Journal’s Bookshelf, L. Gordon Crovitz reviewed War In 140 Characters (Basic, 301 pages, $30.). David Patrikarakos’ expose about his life as a news troll addresses our audience member’s question. Apparently the Russians created a digital publishing company whose first floor peddled disinformation, a second floor created propaganda posts for Facebook and Twitter, and a third floor wrote fake news items.

Since we are at the beginning of the Age of (Dis) Information, it is doubtful we will approach a solution soon. Control is not the answer. Education will be part of the solution. People must be taught or reminded of the definition of journalism and bias has no place in the classroom.

Writers, like myself, need to be held accountable (I like this better than “censored”). In Patrikarakos’ words, this happens with editorial guidelines, institutional policy and a need to remain impartial and unbiased. My decision to remain unbiased stems from a decision to be an observer of history and not a commentator.

The elements of journalism